You are here: Home / All Products / Inflatables / Bungee Run Shootout 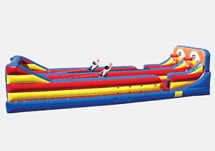 Fight against the bungee cord to get further down the lane then your opponent in the Bungee Run. Participants get strapped into a harness and start at the back of the Bungee Run. Each person gets a Velcro covered ball, which they try to get as far as they can along the Velcro strip that runs the length of the Bungee Run. It may be a struggle to reach the 30-foot mark, but be careful- getting back it’s a snap!

The Bungee Run Shootout option is the same set up as the Bungee Run except participants try to shoot balls into the hoops at the ends of their lanes. Best two out of three wins! 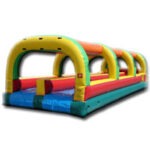 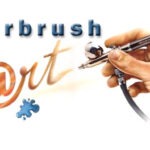