You are here: Home / All Products / Live Talent / Murder Mysteries

Let our troupe of seasoned actors bring you a night of capers, crime and comedy. Choose one of our prepared “Scripts”, or we can customize one for your organization. Ask your Party People representative which one may be good for your group. 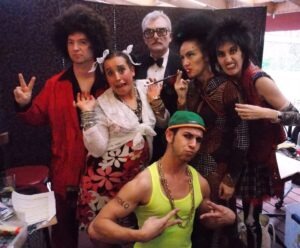 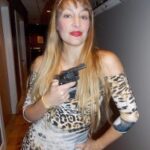 Dan Crunkle, owner of Dan-Dee-Can-Dee, is merging with Hershel Crackleberry his biggest competitor. Dan’s dinner guests include his soft son Junior, nutty ex-wife Sister Hazel, creamy girlfriend Lola, crunchy attorney Marsha Mallow and brittle chocolatier Rollo Goodbahr. Before your salad is served someone will poison Dan’s sweet deal and you’re either a suspect or a witness to murder!

Available for private parties throughout 2015!

Sheila Dee and the Dazzlers! 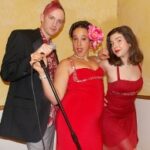 This is a sparkling mix of music, standup comedy, theatre and many surprises. Sheila Dee delivers songs that sparkle. It’s gutsy, good fun and the kind of entertainment you just don’t see anymore.

Your evening is hosted by lounge legend Jerry Sax and features the comedy of up and comedian Eddie Flood, songs by Sheila Dee and music by her band The Dazzlers.

This show is also available as DAZZLED TO DEATH, a comedy-musical, murder mystery.

Murder at the Mic 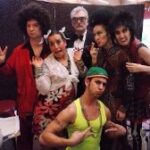 You’re invited to enter the glamorous and cutthroat world of karaoke competition. Someone is killing the contestants at your annual Karaoke Clash. Jock Monte Bloch will invite audience members to sing from a pre-selected playlist. The contestants competing for the trophy include punk rocker Jools, hard rocker Judd, Broadway diva Berdie Zimmerman, lounge legend Jerry Saks and America’s sweetheart April-May.

The Art of Murder

The show is ideal for a fundraising event that includes a silent auction.
You’re hosting a fundraising event; it includes cocktails, live music, appetizers, and a silent auction. The items for bid include paintings by bickering artists Penelope Penway and Dante Rousseau. Libby Castor the fund chair, will explain the bidding rules, state senator Chip Ballantine presses for votes and news reporter Marcy Waters looks for a big scoop. Security guard Chuck Goodman has an easy time keeping everyone honest, but not for long. Before the winning bids are announced at least one body will fall. 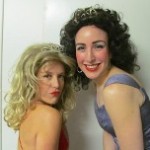 Attendance is thin this year at the Queen of the Cosmos Beauty Pageant. Over-the-hill emcee Artie Flembahl opens the competition to audience members and hard-boiled producer Patsy Rockburn will choose new contestants. Talent-challenged Nina and faded diva Lola prepare to fight for the coveted crown. The only judge on hand, Hollywood heartthrob Jaden Hipp, needs audience members to act as judges. Everyone will be fussed over by Bootsie, legendary pageant stylist. Who will be crowned Queen of the Cosmos and who will die trying?

Reward your employees or raise funds with this show!

A Haunting: Voices from the Past 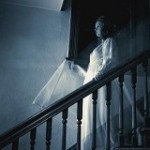 This season we invite you to join us for local tales of treachery, legends and lore staged by ghoulish characters at a haunted venue near you. Part mystery, part history and all spooky this show is site specific and has three actors playing multiple parts. Murder Cafe’s venture into living ghost stories is at times hilarious, at times horrific and always entertaining. 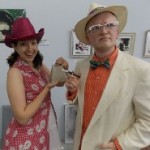 The county fair judges everything from pickle size to sheep shearing. This year they’re judging music, comedy, magic and gymnastics in the new talent tent. Former dairy queen Bobby Jo and disgraced theater critic Lester Booth host and find themselves knee deep in the same bucket of manure. This crazy contest includes a lineup of entertaining misfits who would kill for a blue ribbon. Before the fat lady sings someone will be gonged into the hereafter. Whodunit and why?

Available for company parties and fundraising events year round.

A Wedding in Transylvania 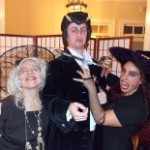 You are being asked to witness the marriage of your distant cousin Frankie Alucard to Jane Dough, a mysterious girl from the mortal side of the tracks. You’ll join Count Alucard, his over-medicated wife Elsa, and Frankie’s brother Jeckl – or is it Hyde? as they celebrate this cursed event. Beware Renfield the caterer to the undead, Vampira the maid of horror, Chaz Putin the mad monk and a few mystery guests. All in all, it’s a match made in Hell.

Now in its 13th year! Available October 2015 for public venues and private shows. 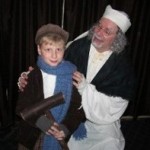 This family show is a tribute to the spirit of a traditional holiday. It allows your guests to experience the joy of Christmas as they are invited to feast with the Cratchit family including Bob, Mrs. Cratchit, Belinda and everyone‘s favorite – Tiny Tim. In scenes right of out Dickens’ classic book, you’ll be treated to visits from Ebenezer Scrooge, his Nephew Fred, the Man of Goodwill, the ghost of Jacob Marley and the three spirits of Christmas. In addition, holiday carolers will entertain at your table between scenes! 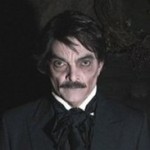 Edgar Allan Poe, desperate and destitute, has agreed to read from his poems and tales of mystery at your event. During the evening characters from his stories will make surprise appearances and Poe’s sanity is tested as each visitor seeks revenge on him. Both entertaining and enlightening, this will prove to be the eve of Poe’s mysterious death. This educational theatre experience is available to school groups, libraries and fundraising events.

Available to schools, libraries and theaters.

A Taste of Shakespeare 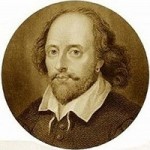 Bite sized portions of four Shakespearean plays performed during dinner and presented by William Shakespeare himself.

Mr. Shakespeare will introduce this two act presentation with a rousing interactive monologue. He will also introduce each scene, his reasons for writing them and the context in which they were written. As an actor himself, the Bard will insert himself in one or two of the scripted scenes.

This show is ideal for schools, colleges and local venues.

Murder in the Casino 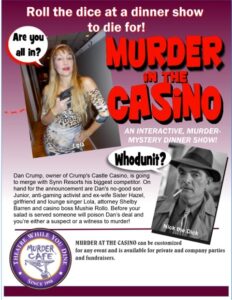 https://www.partypeopleinc.com/wp-content/uploads/10363761_640505686024458_4782674730096804029_n.jpg 794 960 partypeople https://www.partypeopleinc.com/wp-content/uploads/party-logo.png partypeople2011-04-03 10:56:232022-08-11 10:34:14Murder Mysteries
Event Rider information:
EVENT DESCRIPTION INTERACTIVE PLAY IN CABARET SETTING
SPACE REQUIREMENTS TABLES AND CHAIRS FOR CONTRACTED SEATING
TECHNICAL REQUIREMENTS SOUND SYSTEM WITH TWO WIRELESS HAND HELD MICROPHONES AND PERSON TO RUN IT
ORGANIZATION MUST PROVIDE FOOD/NON ALCOHOLIC DRINKS FOR PERFORMERS (IF A DINNER SHOW), HOTEL ACCOMMODATIONS FOR 4-6 PEOPLE (UPON REQUEST), PARKING, DRESSING AREA, ACCESS TO EVENT SPACE 30 MINUTES PRIOR TO EVENT START, 1 OR 2 PIECES OF SCHOOL SPECIFIC GIVE-AWAYS TO GO ALONG WITH PRIZES SUPPLIED BY VENDOR
ADDITIONAL INFORMATION SHOULD EVENT BE CANCELLED FOR ANY REASON, SCHOOL AGREES TO REIMBURSE OUT-OF-POCKET EXPENSES THAT CANNOT BE REFUNDED
If you have any questions on the events we offer or our services,
please call 800-958-9915 or email us. 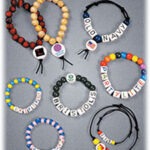